Let's get up to date!

Hello folks! Sorry it's been so long since I wrote, but there's been a fair amount of stuff going on here at Cookman Towers. After the publication of Murder After Midnight and the operation last September, I gradually improved in health and carried on writing Libby 23, Murder By Mistake, which I delivered on time in April. There has been somewhat of a wait to find out if I had another contract, but yes, I have. Three more books, the first one to be delivered by next May. However, fate was not done with me yet, and in August I was diagnosed with breast cancer. So, almost a year to the day after the previous op, I had another one!

The children - all now middle aged, or nearly, have been terrific. Phillipa and Louise have been taxi-ing me everywhere and Leo has shouldered the "Man of the House" burden willingly, while Miles has stepped in whenever asked. Philly and Leo are still resident here due to all sorts of circumstances, but for this, I'm very grateful. For instance: last year Leo came home with a new kitchen bin as a present - which I LOVE - and today he presented me with a knife block, and knives, obviously. This is because the entire famiy complain that I haven't got any decent knives. Admittdly, some of mine are inherited from the parents... Perhaps I wouldn't have liked them so much if they had been Christmas or birthday presents, though.

Well, now, here's a thing. Yesterday, after receiving the knife block from Leo, I had to call on his expertise when the spinning wheel of doom appeared while I was trying to do something in Word. Eventually, the whole laptop went into meltdown and I was gloomily contemplating the possible purchase of a new - well, refurbished - MacBook. However, after setting up my zoom meeting on my phone - who knew? - Leo confiscated said laptop, updated the operating system, which it had refused to let me do, cleared out all my hoarded junk and gave it back. I'm having to learn a lot of new things, as I navigate all the refreshed sites, but suddenly, I can do things I couldn't do before. There are unseen advantages in the dreadful state of the country forcing adult offspring to go home to mother. I can now carry on with the day job.

Anyway, I am now looking forward to the publication of Libby 23 in December and trying to write Libby 24. Also, there may be other changes - work wise - on the way, such as a new newsletter instead of this one - if I can make it work. So, until the next time -! 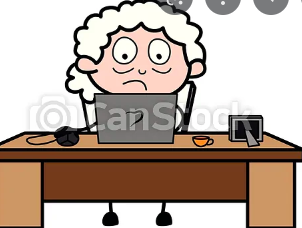 Posted by Lesley Cookman at 1:14 am